SINGER NAVIN KUNDRA REFLECTS BACK ON HIS EPIC CONCERT

Award winning entertainer, Navin Kundra, enthralled music lovers of all ages at the Central Hall with his concert “Voice Of Legends” on Saturday June 29.  The show had the audience singing, dancing, laughing and crying throughout the 3 hour spectacular. 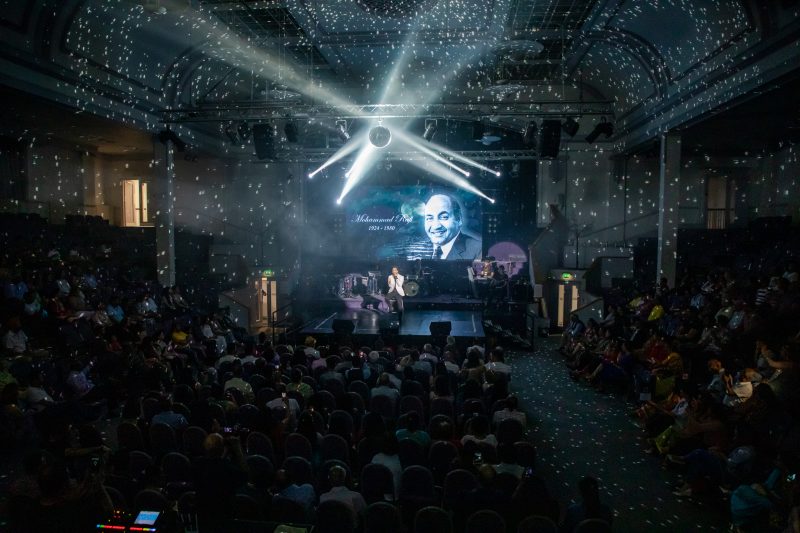 The concert, presented by Sony TV, is an electrifying Bollywood song and dance extravaganza which is currently touring across the UK.  “The concert is my sincere homage to those great singers who inspired and encouraged me to sing and who gave me my voice,” stated Navin.

The tour almost did not happen in Southampton, “I was being discouraged from bringing the Voice Of Legends concert here and was told by various people in the industry that concerts here, even by big name artists, do not attract large audiences,” explained Navin.  “For me this was an opportunity to change perceptions and put Southampton on the map as a concert city.  I have performed in Southampton several times before and enjoyed each performance.”

Although Navin has performed to over 60,000 people at Wembley Stadium and was invited by the Royal Family to sing at their palace, this was his first concert in Southampton.  He admitted that he didn’t know what to expect or how people would receive the show.  “I’m nervous because it matters to me and I really want the people of Southampton to love it!” he said.  “It didn’t help my nerves that the date of the concert turned out to be the hottest day of the year and that there were also other high profile events taking place at the same time.” 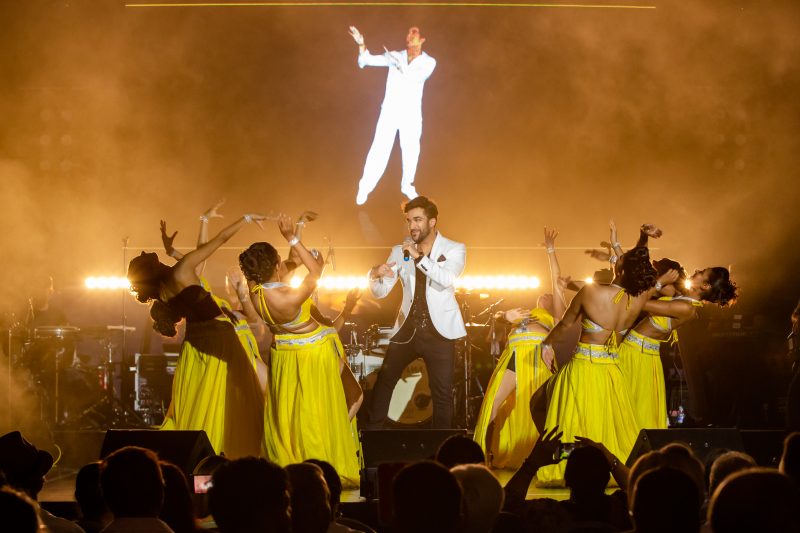 Navin need not have worried as he drew a huge crowd to the concert.  The show has been a huge success which is still receiving rave reviews from the audience and is being praised for its refreshingly diverse live entertainment concept.

Robert Peters, Director of Central Hall said, “We’ve never had a show like this come to Southampton and it has been a pleasure working with Navin and his professional team.  We want to showcase different types of events in Southampton and this has definitely been the highlight of the year for us so far!”

Other attendees included BBC’s ‘The Apprentice’ 2018 stars, Tom Bunday and Rick Monk who said of the show, “It was an absolutely incredible night with an electric atmosphere! We had such a fantastic time!”

Paul Mehta, founder of Polyclear Ltd, which has its headquarters in Southampton, attended with his wife Komal. “We thoroughly enjoyed the show and Navin’s singing was even hotter than the weather!” he said.

“This is a real dream come true to bring my concert to Southampton for the first time and I’m truly overwhelmed by the demand and all the incredible positive feedback!  I set out to create a unique experience for everyone which they’ve never seen before, one that would make them sing, dance, laugh and even cry. I’m so pleased we managed to achieve that and more!” said Navin.

“After the concert every member of the team, my band The 515 Crew, singer Ambika Jois, Bollywood choreographer Shiamak Davar’s dance troupe, the sound engineers, the audio visual and lighting engineers and my production team met up and each of us commented on just how amazing the audience has been!“ reflected Navin.  He later tweeted, “Thank you Southampton – I came to win your hearts but the truth is you stole mine.”

Navin is due back in Southampton to perform at the Mela Festival on July 13thin Hoglands Park.

He added, “We have poured so much heart and soul into creating an experience that the audience will never forget, so I want as many people to see it as possible!”

Preparation of “Voice Of Legends 2” has already been completed and Navin intends to bring it to Southampton in 2020.

Tickets for the “Voice Of Legends” UK Tour are available now at www.VoiceOfLegends.co.uk