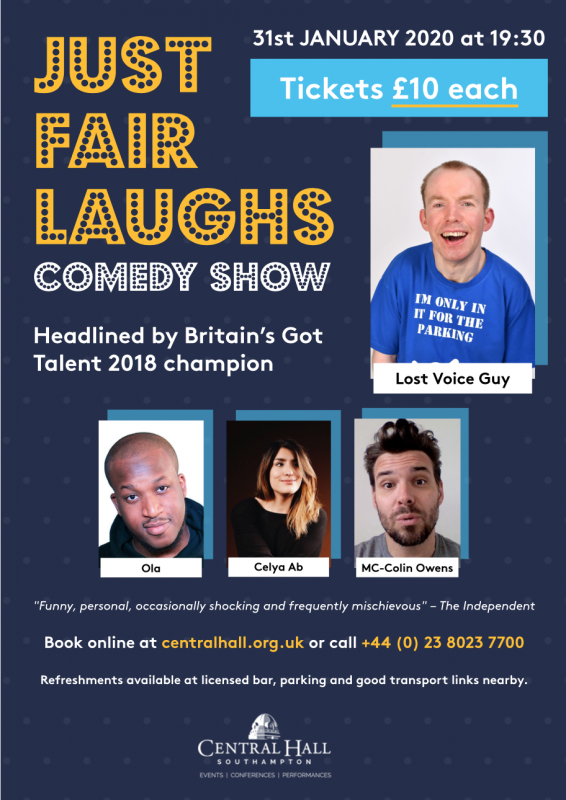 Something funny is coming to Central Hall

Britain’s hottest comedy stars join us for a comedy showcase evening featuring one of the funniest finalists and winner of Britain’s Got Talent – LOST VOICE GUY.

LOST VOICE GUY
Lee Ridley AKA Lost Voice Guy may not be able to talk, but he definitely has something to say, and ever since his famous Britian’s Got Talent victory in 2018, his renowned comedy has left many in awe.

OLA
Ola has appeared on E4’s 8 out of 10 Cats, ITV2’s Plebs, Comedy Central, London Live, ITV4and MTV Base and written for BBCR4’s The Now Show, The News Quiz and Nathan Caton’s Can’t Tell Me Nothing. He performs all over the UK and as far afield as the European Continent and Dubai. Young, driven and hugely talented, Ola is a stand-up comedian, writer and actor with natural originality and enviable stage presence.

CELYA AB
Celya Ab is the most unique emerging talent on the UK circuit. Originally from Paris, France and of French – Algerian origins. Celya is now residing in the sunny city of Birmingham and has been making a huge impression on the UK comedy scene despite only starting her comedy career in 2017. Able to perform in French & English, Celya’s sharp writing brings a unique look into life as a EU expat living in post brexit Britain. With a very likeable stage presence and natural ability Celya looks destined for the top

COLIN OWENS
Colin Owens did his first stand-up comedy gig in May 2005 and in July 05 won the hotly contested Jimmy Carr Comedy Idol Competition, winning a support slot at Bloomsbury Theatre, a part on Jimmy Carr’s new DVD and a couple of TV appearances doing sketches with Jimmy. 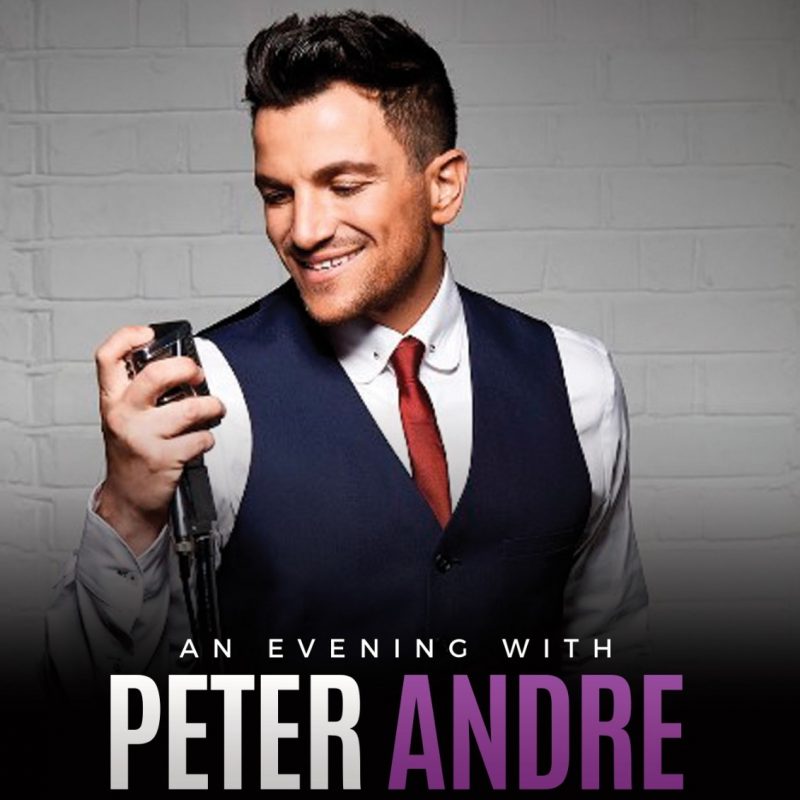 An Evening with Peter Andre